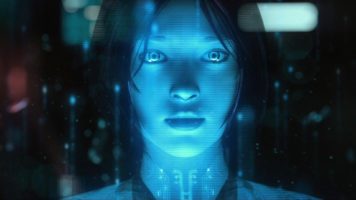 Digital marketers are anxious to know more about the web than what Google Analytics is telling them.

Dark traffic – traffic from platforms such as WhatsApp and Snapchat, currently unattributed within Google Analytics – is on the rise and indicates that Google’s influence is waning, claims Dublin-based digital marketing agency Wolfgang Digital.

The company’s 2017 E-commerce Benchmark KPI study, which analysed 143m website sessions and €447m worth of online transactions, found that while Google remains the key driver of traffic, there is an increase in dark traffic.

The study found that the search giant generates 62pc of all traffic and 63pc of all revenue from the web.

However, according to Wolfgang Digital CEO Alan Coleman, Google’s influence is declining as consumers’ paths to purchase become more diverse. Coleman explained that dark traffic occurs when Google Analytics doesn’t recognise a source by default, such as people sharing links on WhatsApp.

In the report, Wolfgang explained that clicks on these links in WhatsApp will appear in Google Analytics as direct traffic.

“Google is constantly playing catch-up with how people share content, tweaking Google Analytics to show sources of traffic properly. Today, you can see Instagram traffic easily but at the start of 2016, this traffic was dark, just like WhatsApp traffic is now.

“Much of what makes up dark traffic is dark social,” the report said. “This can be some Facebook traffic, WhatsApp traffic, Snapchat, any kind of instant-messenger traffic or traffic coming from apps.”

The digital marketing paradox of 2017

Speaking with Siliconrepublic.com, Coleman said that Google needs to move fast to help marketers correctly identify these alternative sources of web traffic, many of which occur within apps on smartphones.

“The paradox at the heart of digital marketing in 2017 is that, although marketers have never had more data, we are still operating in darkness in a number of areas,” Coleman explained.

“Social is currently the victim of this. Lots of social traffic ends up as ‘dark traffic’, meaning Google Analytics can’t attribute it properly and classifies it as direct traffic.

Coleman said that Google will inevitably bring dark traffic into the light on Google Analytics, but the search giant can’t ignore the reality that much of what occurs on the web is within rival social apps.

“Google is enhancing its Analytics attribution report in the coming months.

“Digital marketers will want greater visibility on dark traffic and cross-device conversions but I expect Google shareholders won’t. How far the enhanced visibility extends will tell us a lot about where Google Analytics’ loyalties lie.”